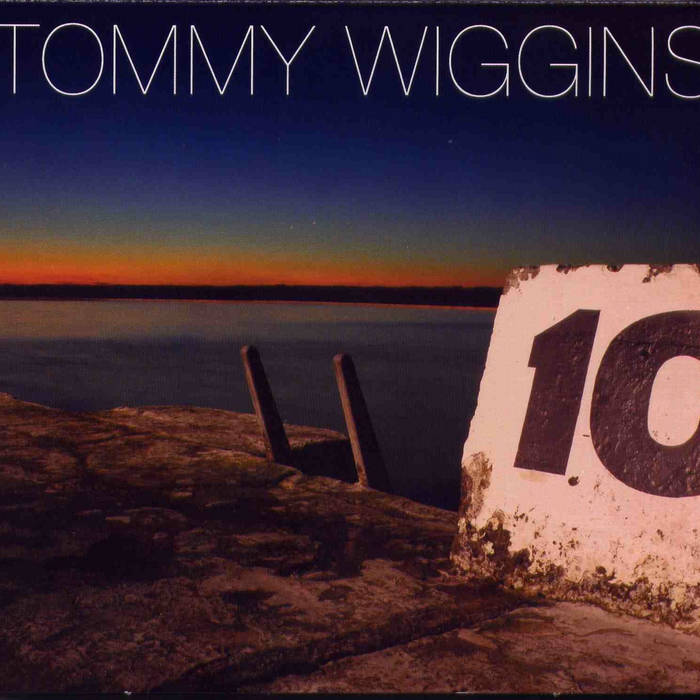 Wiggins' music is rock and roll for adults -- songs about long ago friends and events, dealing with the aging process, making sense of life’s mysterious. 10 features twelve tracks, all penned by Wiggins. "Sliver of Moon" is about a romantic night with a favorite woman. "Hang On" is trying to keep up as time goes by. "Skyline Drive" and "Summer of '69" look back on childhood events both innocent and destructive. "Crooked River Groove," and "Bible's on the Table" are funky blues numbers. 10 has more of a blues feel to it than his more recent works, with some fancy guitar work by Wiggins and Al Moss, keyboards by both Wiggins and Jackie Warren that could be mistaken for Gregg Allman, and a blues beat laid down by bassist Derek Poindexter and drummer Jon Niefeld. Guests also include local reggae statesman Carlos Jones on percussion.
Greg Cielec

No MIDI cables, synthesizers or auto-tune were used in this recording.