The Ballad of Slim Beltman - SINGLE 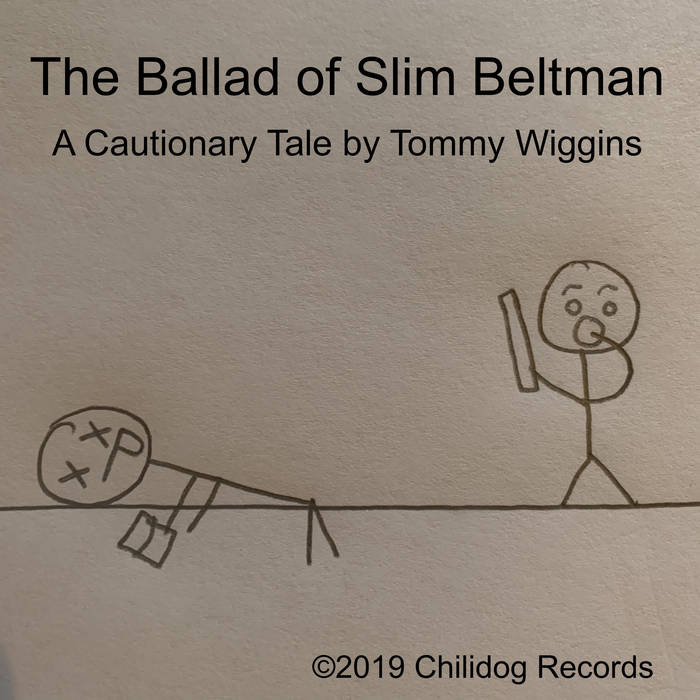 The Ballad of Slim Beltman is a true story.

Slim Beltman was a drinking man, he had a drifter’s soul
Painting houses for his keep, always on the roll
Tarpaper shack down by the tracks, Slim was often found
Sleeping off a bender in that Blackfeet border town

Cold, Cut Bank, Montana up on the Empire Line
Vagabonds and ne’er-do-wells, Slim, he fit in fine
Busted by a crooked cop a time or two before
Some guys, they just never learn, always wanting more

Slim Beltman, he was riding high
down a cold low road
Till that devil in the bottle
collected what he’s owed

Slim was trippin’ bar to bar, Miss Orrie by his side
All good times and bright lights, deep into the night
Drinking, dancing, having fun, a noisy neon scene
Until she saw it in his eyes, Slim was turning mean

Miss Orrie said, “I’ll get my wrap from Billy Neil’s shack.
She went in the front door, then slipped right out the back.
Fearing for her life, she knew she had to get away
Slim blew up and flew into a killing whiskey rage

Slim threw a punch at Billy that knocked him to the ground
Wrapped his hands ‘round Billy’s throat, death was going down
Right before he passed out, Bill grabbed up a 2x4
When wood meets bone, nobody’s home, Slim dropped to the floor

Billy dragged his friend inside and wiped away the blood
Beltman finally came around but went back to the club
“Bartender keep ‘em coming, and make ‘em double shots!”
Slim knocked back a few more rounds, then dropped dead on the spot

The constable cuffed Billy and marched him to the jail
For unintended homicide, the judge denied him bail
Bill swore it was self-defense, the jury heard his plea
And when they read the verdict, the carpenter went free

Miss Orrie gave up drinking and running ‘round in the bars
Found a solid working man, and won his honest heart
They moved on down to Bozeman, and bought a little place
Every day she begs the Lord to grant Slim Beltman grace

Refrain
Slim Beltman, he was riding high
down a cold low road
Till that devil in the bottle
collected what he’s owed